Who is my neighbour? 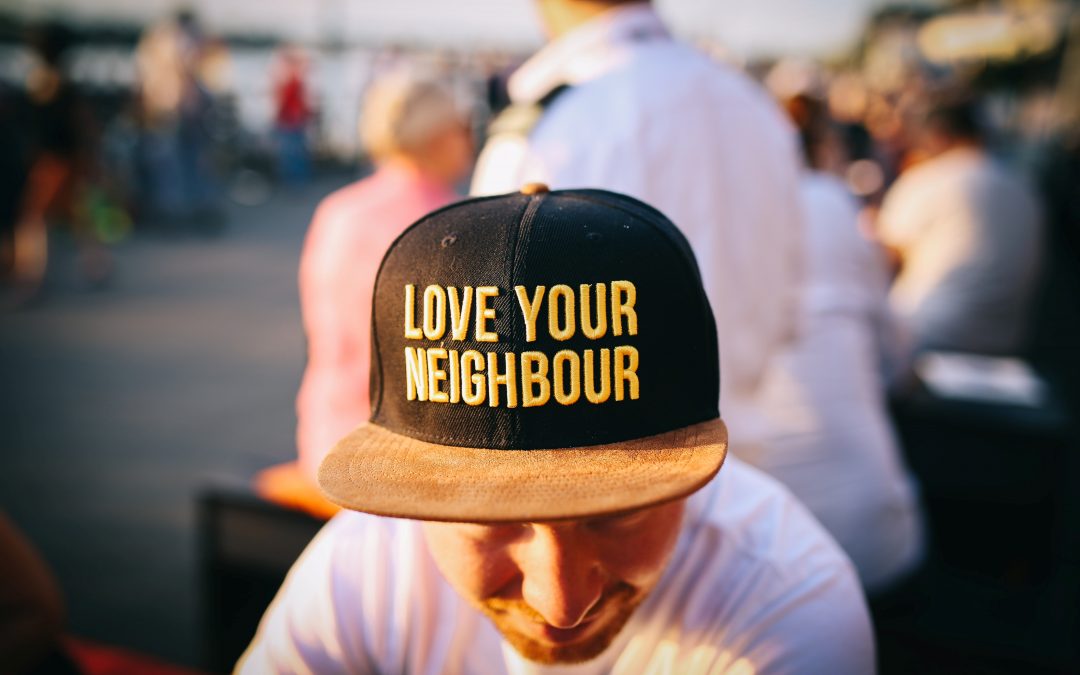 Following the St. Patrick’s Day joint statement by the Church Leaders’ Group (Ireland) last year, in which they personally lamented their lack of leadership in building a better quality of peace, I did some academic research as a Christian to explore how the Churches could do better.  I drew on a lovely definition of peace as “a condition in which individuals, families, groups, communities and or nations experience low levels of violence and engage in mutually harmonious relationships.”

Some would say, based on the relatively low levels of violence in Northern Ireland since the Belfast/Good Friday Agreement that there is a form of peace. It probably depends on where you live. Individuals in debt to, or groups under the ‘protection’ of criminal paramilitary gangs, whose friends or family have been wounded or killed probably wouldn’t say they are living in peace. Much of this violence is ‘intra-community,’ so perhaps there is a level of societal complacency which mirrors the attitude to escalating youth knife crime in other parts of the UK.  After all, it only affects a small and disadvantaged part of society.

Fear of speaking out is also a significant and understandable factor in perpetuating the violence recorded by the PSNI as ‘paramilitary-style assaults or shootings,’ of which there were 62 during 2020/21.  Jesus told the parable of the Good Samaritan in response to the question, ‘Who is my neighbour?’ Are the victims of this violence comparable to the man going down from Jerusalem to Jericho, beaten by robbers and ignored by the priest and the Levite, who walked by on the other side of the road? Luke 10:25-37.  The Norwegian academic Johan Galtung, whose work shaped the United Nations peacebuilding model, described structural violence as conditions which are ‘embedded in the social structure that systematically contribute to the…repression of individuals or groups of individuals within a society.’

The BBC Spotlight episode about the murder of Glenn Quinn two years ago illustrates that both the fear of violence and of speaking out is a daily feature of life in some communities.  Who is our neighbour? What role should Churches play in challenging the coercive control of whole communities by criminal gangs and calling out the human rights abuses which are disguised as legitimate punishment for misdemeanours? How could Churches offer safe spaces and support to disenfranchised young people to affirm their identity and sense of community as a real alternative to joining a criminal gang masquerading behind a false identity?

In considering the question of whether there are mutually harmonious relationships between communities, it is impossible to ignore that there are over 100 interface barriers between Protestant and Catholic communities and that 94% of children are educated separately. One rainy afternoon last December I walked the whole length of the Falls Road and the Shankill Road and there was not a single bus stop on my 6 mile walk where there was a mix of school uniforms worn by the young people waiting. It was sinister in its apparent normality. Studies in Northern Ireland have shown that contact between Protestants and Catholics can increase levels of forgiveness and openness to reconciliation, even in areas where people have experienced high levels of sectarian violence. How could Churches enrich the next generation by offering them opportunities to engage, explore and understand their peer neighbours better?

John Paul Lederach, who has worked in Somalia and Nicaragua as well as Northern Ireland, describes peacebuilding as a constantly evolving and iterative process, in which dialogue and exchange can be used to address ‘understandings of identity and relationship.’ He suggests that identity, and how it is linked to power, is often at the root of conflict. Listening to ‘the voice of identity’ is critical to transforming conflict rather than just resolving episodes of conflict. The long-awaited report in December 2021 of the Commission on Flags Identity Culture and Tradition, which was itself unable to reach agreement on many of its recommendations, illustrates the challenge of responding to the clamorous overlapping voices of political, national, cultural, religious and political identity, because of how they link to various forms of power.

Ultimately, people choose the power to which they are willing to be subject – how could Churches help their members to draw on the power of their primary identity as Children of God? What decisions and actions and speaking out and reaching out to neighbours might flow from drawing on such a power?

Social identity theory says that leaders and small minorities in a social identity group can have a significant impact both on how the whole group perceives itself and how it relates to other groups. Last year the Church Leaders’ Group for the first time explicitly declared a shared Christian identity. It took courage for them to host the Service of Reflection and Hope in the face of political and community resistance and they have become more vocal in their calls for politicians to act in the interests of the whole of society, not just the communities who elected them.  The same invitation might be offered to clergy, and indeed to their congregations; to collaborate across traditions to meet the needs of their local communities, to offer safe shared spaces for conversations to take place, to model reconciliation and restored relationships to wider society.

Sharon Crooks is a Mediator and Facilitator from Galway, now living in England, whose faith journey has crossed traditions and who aspires to being called a Peacemaker.