One Easter story but there aren’t two Jesus-es 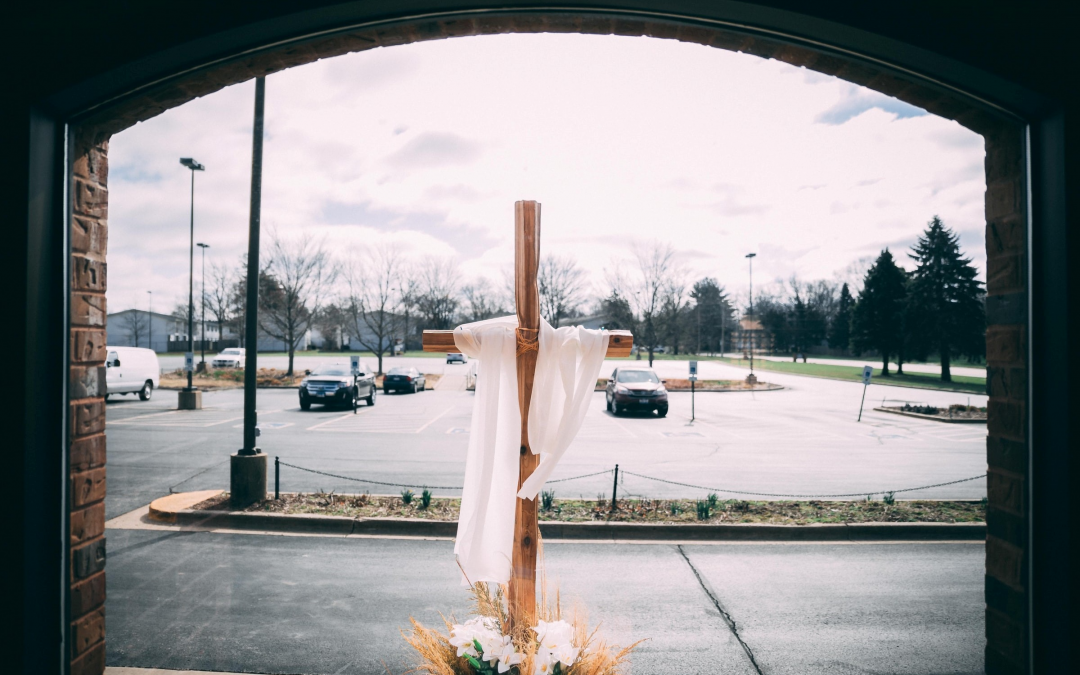 When my children were small, two types of toys dominated all others in our home: Lego and Play Mobil. Over the years, what seemed like endless and assorted offerings from each brand came into the house. There were firefighters, hospitals and police officers, both Lego mini-figures and the slightly taller Play Mobil figures, with their signature smiling face.

The Play Mobil sets were broader in their themes, including Barbarians, cowboys, knights and Vikings, the latter my favourite. These figures often rode incredibly emaciated horses, forced to be skeletal thin so the cowboys and knights could easily clip on to them.

We had many crazy and far-fetched games over the years, stretching in ambition and surreality as the number of sets grew. However, one thing we never did was cross-pollinate the toys. Lego games were Lego games. Play Mobil games were Play Mobil games. The two, like oil and water, never mixed, and it was never even questioned that they should.

(If any child development expert wants to leave a comment to tell me this was wrong, please do not…they are now 21 and 19, though I guess the feedback could help if grandchildren ever come along…)

In Scripture’s accounts of Holy Week, we meet two different types of Jesus, and it often strikes me that there is rarely if ever a cross pollination of those figures either, as our churches explore those events. Maybe that is because our typical approach is to use just one Gospel each year, so that we never compare or contrast. Maybe it’s also because we often bypass Jesus’ pre-crucifixion teaching to get straight to the events of the final 24 hours, the last supper, his betrayal and arrest, the trials before Caiaphas and Pilate, and then his actual death.

In Matthew, Jesus comes to Jerusalem on the back of a donkey, as a unique and humble king of an alternative and counter-cultural kingdom. In the early part of the week, probably the Tuesday, he teaches in the Temple courts in the morning and moves to the Mount of Olives in the afternoon. Then in John’s account, there is another body of teaching on Thursday evening, shared in the Upper Room, and for his disciples only. Both are shot through with the passion and clarity of a man who knows his end is very near.

In Matthew he is radical and spiky, a Jesus that inspires the activist. In John, he is tender and intimate, a Jesus who warms the heart and soul of the contemplative.

In Matthew, he turns over tables, saying his Father’s house has been made a den of robbers. In John, he washes feet, giving us a new command to love one another.

In Matthew, he curses a fig tree. In John, he speaks of being the true vine, and the fruit that will grow if we abide in him.

In Matthew, he calls us to be committed and vigilant, like servants who invest our talents wisely, or virgins with our wicks trimmed and lamps full of oil. In John, he tells us that his Father will give us whatever we ask for in his name.

In Matthew, he rains down seven woes on the Teachers of the Law and the Pharisees, railing against their hollow religiosity and hypocrisy. In John, he comforts his disciples and tells them that his Father’s house has many rooms, and he is going to go there and prepare some for them.

In Matthew, he speaks in dark and foreboding terms of the destruction of the Temple and the signs of the end times. In John, he promises the Holy Spirit, an advocate who will be with us forever, who will be so close to us that he will live with us and be within us.

Jesus’ final word in Matthew is the parable of the Sheep and the Goats, teaching that seems to require neither exposition nor interpretation, such is his searing directness. In just a few days he is going to go to the cross, the place where we believe our salvation is won. Yet here he is saying that our eternal destination and the basis for the separation of the sheep and goats will be how we treat the least fortunate in our society… the hungry, thirsty, stranger, naked and prisoner, the ones he calls the least of these and his own brothers and sisters. I once heard a minister say he has never preached on that passage, because he simply does not know what to do with it, and I greatly admired his honesty.

His final word in John is a prayer to the Father that all who believe in him will be one. Again, there is no ambiguity: he prays that ‘they may be brought to complete unity’. This is not about dreaminess on the part of Jesus, but his desire that we would imitate the union that is found in God himself. Yet, I write this piece two miles from Lurgan, where there are around ten types of evangelical churches, whether denominational or non-denominational, and we do not really see that as a problem.

None of the Matthew teaching is replicated in John. Other than Jesus’ prediction of Peter’s denial, none of the John teaching is found in any other Gospel.

However, there are not two Jesus-es. It is the one exclusive Son of God that dies for our sins on Friday and is raised to new life on Sunday, even if, at different times and settings, he has contrasting urges that he most needs to get off his chest.

This Easter, I want to cross-pollinate. I want – indeed need – to know both. When I see the world broken and want to withdraw, I need to sit in Matthew and hear righteous anger and holy fury, and the call to step out into the world, roll up my sleeves, and serve Jesus by serving the most vulnerable around me.

However, when I am sad and overwhelmed, I need to sit in John and be moved to tears in silence, by the stunning beauty of my Saviour and the intimacy that he wants to draw me into.

I pray this Easter that as we sit around one table, mourn one death and celebrate one Resurrection, that we will also encounter in some way the two Jesus-es of Holy Week.

May the activists among us slow down and be still with John. May the contemplatives among us be shaken and stirred by Matthew. In addition, may all the glory go to the soon dying and soon to be raised Lord and Saviour of humankind.

Colin Neill works in local economic development, and is a Presbyterian Church Accredited Preacher and is a Spiritual Director.