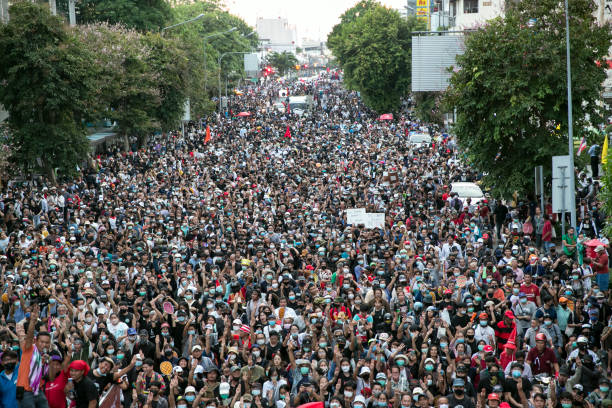 As Christians we instinctively want to defend the human right to free speech, because it encapsulates our right to worship God, proclaim the Gospel and explain the practice of our faith. Fortunately in the UK the legal framework and the political consensus is to preserve the right to free speech which is recognised as the guarantor of democratic freedoms; but there are limits, otherwise there is anarchy.

Currently Westminster is considering a Draft Online Safety Bill (DOSB) which will have UK wide extent. The Joint Committee (Commons and Lords) Report on it (14 Dec 21) highlights many issues which arise from the power of the internet in facilitating instantaneous mass communication. It is a highly detailed careful piece of work for which we should be thankful. For deeper understanding of the challenges it is well worth reading.

Key to the DOSB is the prevention of harms. Some harms are obvious, trolling, bullying, harassment and unrestrained nastiness as well as all the matters that are currently illegal offline. Online harm, unless it is incitement to physical harm, results from content, usually involving speech, which does psychological damage to its hearer. The extent of the damage of harmful content derives from the nearly instantaneous amplification of likes, shares, retweets, and algorithmic design that generates reach, engagement and re-enforcement.

The problem is that there is no objective standard for psychological harm. In both online and physical realms the PSNI states in relation to hate crime, a higher threshold than harm, “The perception of the victim or any other person is the defining factor in determining whether an incident is a hate incident, or in recognising the hostility element of a hate crime.” If offering an opinion, even if courteously stated, opens one to being declared a criminal based on another’s subjective perception then free speech itself is constrained and harmed.

Media companies will be held responsible for the content which they host. There is no ‘only a platform’ defence. Whereas the press edit and check what they publish, the media companies are to be regulated for user generated content. That involves rapid take-down of offensive material already posted, but is moving in effect towards prior approval by the host. The companies will assume the role of moderator, editor or censor; choose your epithet.

The DOSB proposes that media companies will be regulated by OFCOM who will be the standard setter with regard to potentially harmful material. OFCOM will be charged to have due regard to the preservation of freedom of expression and will itself be subject to parliamentary oversight. Nevertheless that still begs the question of how the standards will be set. Effectively consensus is the standard.

For many centuries the Western democracies derived their consensual views, not always correctly, from a Judeo Christian worldview. That no longer applies as widely as it did. The consensus may not be Christian; it may well be secular or anti-Christian. Views questioning or opposing the consensus could be suppressed simply on the basis that their expression could be perceived as psychologically harmful to a recipient. But the suppression of opinion which is legal becomes an enabler for totalitarianism especially when challenging the law is itself illegal. Fanciful? Just ask a Chinese democracy activist or a Christian in any country where the church is persecuted.

The Public Square is where consensus is formed. By argument and debate differing opinions are expressed and tested; the consensus, pro-tem, is effectively the result of a popularity contest which may or may not reflect truth. (That is of little concern to a post-modern world where the definition of truth is the popular consensus!). If we do not participate we will not be heard. Perhaps understandably much of our contribution is seen as negative as we try to arrest the drift from Christian standards. Christians and the Church need also to be vocal in matters we stand for; the rescue of refugees from persecution, the protection of the weak and marginalised, the defence of the voiceless. There are many organisations promoting free speech, both Christian and secular. The Free Speech Union, for example, has an excellent careful analysis and commentary on the Joint Committee Report on the DOSB.

In practice extra-statutory consensus is given legal weight by precedent which is used to develop the application of law. That’s why it is so important to support those who, whether plaintiff or defendant, are involved in cases where religious liberty is at stake. Those who fight to uphold freedom of speech must surely be our allies and in need of our support and we of theirs. Valuable support came from irreverent comedians and other activists who made common cause with the defence in the Asher’s case for freedom of speech, and against compelled speech.

So what should mark our necessary engagement in the public square? Tim Keller said “the way to navigate such waters is still to follow the book of Proverbs’ prescription for your words. They must be honest, few, extremely well-crafted, usually calm, always aimed to edify (even when critical) and they must be accompanied with lots of silent listening.”

There is always the temptation to make one’s point rather than first listening to the divergent viewpoint. We may profoundly disagree with them, but listening to divergent views not only allows us to discern how we may expose their flaws, often through questioning, but it also exposes our own weaknesses and reveals how others see us. For example, we often learn much more by reading opinion pieces with which we disagree rather than those which reflect our natural habitat. The comfort of confirmation bias is not a good learning space! To quote the late rabbi Jonathan Sacks, “when you learn to listen to views different from your own, realizing that you are not threatened but enlarged, then you have discovered the life-changing idea of argument for the sake of heaven.”

As Christians we uphold truth, honesty, public righteousness and Gospel freedoms in the public square. We need to be humble but determined. We dare not allow ourselves to be the lukewarm cowed into submission, retreating into talking to ourselves in our own echo-chambers.

Jeremy Eves is a recently retired businessman. He is an elder in West Presbyterian Church, Bangor and serves on the Boards of a number of not-for-profit companies and charities.