Food and soil – reconnecting with our food 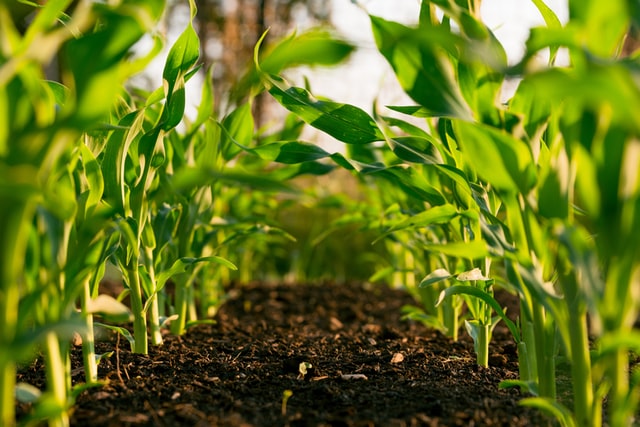 The earth is running out of harvests, there may be only about 60 years left according to some experts[1].  There are many detractors from this view but, as with climate change and Covid vaccinations, the reasons for concern are many and varied.  Let us look at how food provision links with the projected loss of harvests.

Food both gives us pleasure and meets our nutritional requirements as living creatures.  We eat mostly plants – in all their variety – and meat, dairy and egg products.  The animals and birds, which provide these mostly eat plant material.  Therefore, one way or another, most of what we eat can be traced back to the soil.  Along with proteins, fats and carbohydrates, our food also provides us with a host of minerals and vitamins vital for our growth and health.  Light, water and carbon dioxide are the main raw materials used in the primary process of photosynthesis, but plants also use a host of mineral elements in growing and in producing the complex compounds that meet our needs and give us pleasure through their texture and flavour.  These mineral elements are obtained directly from the soil or indirectly from applications made by farmers.  Harvesting of crops, grass or animals removes them from the land, depleting the soil.  We could think of this as ‘harvesting’ the soil, while some talk about the soil being ‘mined’.  This gradual removal of small amounts of these minor and trace elements is happening more rapidly than they can be replenished through the natural processes of soil formation.

Better recognised in the agricultural world is the decrease in the organic matter content of the soil, particularly where annually harvested arable crops such as wheat, barley, oats and potatoes are grown year after year in the Global North.  Many operations involved in producing crops can have detrimental effects on the soil, diminishing its life and therefore its organic matter – cultivations including ploughing, applying mainly (only) ‘artificial’ fertilisers containing only the ‘major’ elements especially in the absence of animals and without any animal waste, and then taking everything off the fields and off the farm.

In summary, both directly, in removal of plant and animal material for food, and indirectly, through the management of what grows on the land or eats what the land produces, humanity is exhausting the soil.

Soil is one of the most sophisticated entities on earth, yet until recently it has been largely undervalued by farmers and by agriculturalists.  Bacteria and fungi, and all the fauna that feed on them, constitute a significant proportion of the organic matter, the biological life of the soil.  Essentially, soil is made and crafted by all these organisms and creatures, which are now often referred to as the soil micro-biome.  (Earthworms, credited with being soil engineers, are the most well-known members of the soil animal community, but they are only one of myriad creatures involved in forming soil.)    It takes 100s, 1000s, of years to form soil but it can be destroyed in a very short time through erosion by wind and by water.

What has the Bible to say about what humanity is doing to the soil, if anything?  More than we would think!  In Genesis 3 vv. 17-19 when God tells Adam about the consequences of his and Eve’s rebellion, the first mentioned is ‘cursed is the ground because of you’.  When we read these verses we usually focus on the consequences for us, how difficult our work becomes, etc., although this is mostly over-shadowed by our main concern, death.  Death is mentioned at the beginning of the account of this episode and again at the end… the beginning and end of Genesis 3.  Here in the heart of the account we learn the detail of how our wilful disobedience by eating what wasn’t meant to be eaten by us affects all our relationships and also affects creation, and specifically ‘the ground’.  ‘The ground’ includes a lot more than farmland, but in this discussion, we are restricting it to this aspect.  So what can we do to look after the ground differently or better when we are not farmers and do not have land?

Farmers, thanks to science and technology communities and businesses that service them, have begun to pay more attention to the soil, following the lead of organic growers.  This comes at a cost, because looking after the ground, and indeed farming in a nature-friendly way, involves more than simply replenishing what we remove.  We need to manage the soil for its own health and not exhaust it in order to maximise yields of milk or beef or crops.  Maximising efficiency of production per unit land area means that other land can be freed up for the planting of trees.  It is also argued unless we maximise production there will not be enough food to feed the world’s population.  This is where we come in… as consumers.   We can take care not to waste food; we can choose to buy food that has been ethically produced, be this organic or by one of an increasing number of approaches, such as regenerative agriculture; we can also give thought to buying local, choosing what’s in season, and selecting Fairtrade* products.  Put simply, we need to give much more thought to what we eat, where it comes from and how it is produced.  It may involve paying more for our food, but if in so doing we help the farming community to look after the ground, restore and care for the soil, then we are helping to fulfil the creation mandate to help creation flourish.

Ethel White was involved in crop research, working with the agri-food industry, and is now a creation care advocate.