Do I really love my (foreign) neighbour? 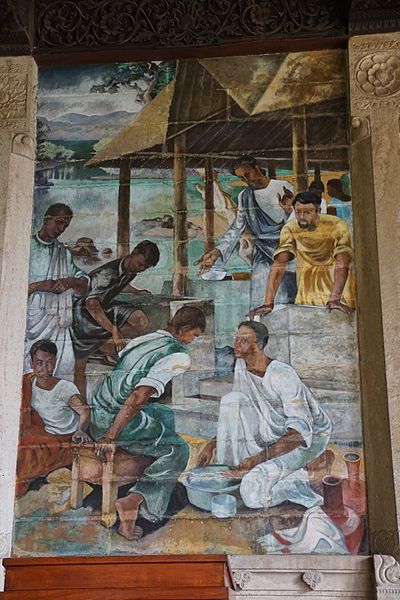 “The Missionaries accompanied the Colonialists, bringing Bibles and guns!” So stated my lecturer as he explained the background to postcolonial fiction. I was horrified. His lecture on the socio-political aspects of the colonial period highlighted that, although missionaries didn’t carry guns, they shared a colonialist perspective of “natives.” It was a body blow to me. I grew up revering missionaries; despite two decades of Biblical teaching I had never heard of these aspects of mission. I realised the importance of engaging with uncomfortable perspectives and unsavoury aspects of the history of the Christian faith, however uncomfortable.

First, some caveats. I am aware that the issues raised are not true of all Christians, churches, or organisations – I have enjoyed being an equal member in the body of Christ in a few places. Nor am I condemning mission, or judging the entire history of the missional church. Without Christ’s commission to take the Gospel “to the ends of the earth,” the world would be lost, the blazing light of Christ would not illuminate the darkness and transform lives across the globe, and I would not know Christ.

However, the Church (Western and non-Western) has rarely confronted its colonialist past, or faced the continuing influence of colonialist attitudes within it. I grew up in Sri Lanka, a former colony, to which missionaries (Dutch, Portuguese and British) came. Seven years in England and thirteen in Northern Ireland convinced me that colonial attitudes to people of colour are alive and well. I lived with this knowledge until the Black Lives Matter movement exploded.

The church – and Christians – believe they are not racist. Nowhere in the British or Irish Church are white Christians shouting inflammatory racist slurs or threats. In fact, the Church is a safe enclave, welcoming strangers with kindness in an increasingly, belligerently racist world. The church is clearly humane. The church actively “loves its foreign neighbours” whatever colour they might be – if by love you mean kindness and welcome. But radical Christian living is not about emotional “niceness.” Niceness is easy. But is that really all Christ meant by love? Loving as we love ourselves surely includes respect and equality.

Often the church shamefully colluded in slavery, but racism is not manifested in slavery alone. There is a kinder face of racism: we know the stories of godly missionaries; we also read of the “uncivilised savages” they preached to and civilised. I imbibed this perspective, viewing people of other cultures as “uncivilised,” until my undergraduate, postcolonial lecture left me feeling ashamed. These attitudes cast a long shadow, even in my own life.

We may not recognise it, but racism may be entrenched within our church culture. Paternalistic, colonial attitudes can still shape foreign missions, persisting deeply but invisibly within the Church. These attitudes work both in Western and non-Western countries. White, Western Christians are still treated with honour, and revered in non-Western countries as teachers or experts who bring wisdom. Meanwhile, in the West, people from non-Western countries are viewed as needing support, but rarely invited to contribute or share expertise.

The church appears to echo secular attitudes: in the West a foreigner is an immigrant (needy), in non-Western countries, foreigners are expats or missionaries (experts).  In the West, during the week, non-western engineers, doctors, academics and scientists stack shelves in supermarkets; at weekends they quietly warm church pews.

Are “coloured” people welcomed in church as equal contributing partners from whom we could learn? How really do we view foreign Christians among us? Perhaps we have forgotten that Christ, and all biblical characters, authors of scripture, and most of the early church were Middle Eastern, coloured, “foreigners.”

Prejudice, even clothed in kindness and welcome, is still prejudice. Racism by any other name is still racism.

This is not theoretical speculation. These are experiences of non-Western Christians in England, Northern Ireland, and Australia. All professionals, all mature Christians – most leaders, preachers or teachers (in their home countries).

“I had been a Christian for years in China before I came to UK. Although my church knew this, I was put with international students and taught basic Christianity. For 4 years they thought I had nothing to offer. So frustrating.

A young man – (a preacher back in Ghana) – remained unacknowledged, relegated to the “international students” group for his time in England.

A woman – a leader in Asia – interviewed for a Christian organisation’s promotional video for international students, talks of positive experiences among academics and colleagues, enjoying the UK, appreciating the multinational postgraduate fellowship. Although an almost entirely positive interview, the final cut contained only the section portraying her as a needy foreigner.

The church needs to ask itself:

The body of Christ is called to live the values of God’s Kingdom and “loving our neighbour as ourselves” matters. It calls for mutual respect and participation in ministry, irrespective of skin colour.  The church is to be a place where, in Christ, there is no “Jew” or “Greek”.

There may be diverse cultures, but there are no “foreigners” in Christ’s kingdom.

Rev Dr Maithrie White is a former Head of English Dept (Uni – Sri Lanka), Chair of UK Postgrad Conf, a Church of Ireland minister at Belfast Cathedral, and serves on the Board of Contemporary Christianity.