A STORY NEEDING TO BE TOLD… 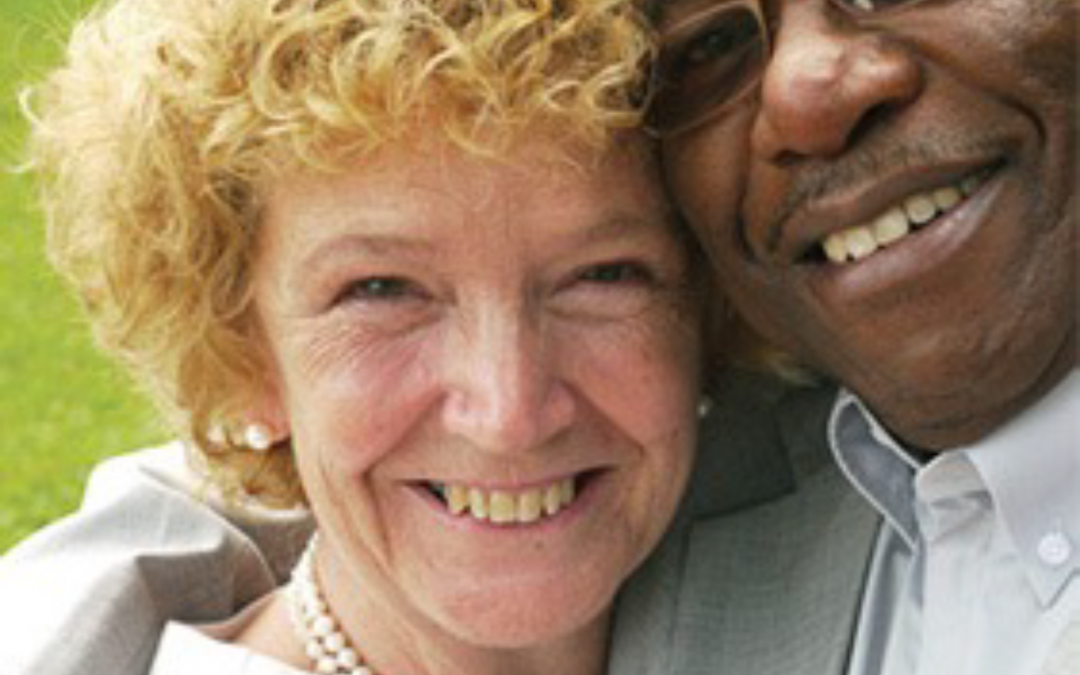 Amongst the many daily demands on time, I am struggling to fulfil a task, which I see as my chief calling at present. For the last twelve years, I have been writing a biography of someone whose life is the best illustration I know of deep human love and committed Christian faithfulness.

I met British born Lyn Lusi some years ago in D R Congo, when I stayed in her home in Goma, in the North Kivu Province.  As President of Tearfund, I was visiting the hospital founded by Lyn and her husband, Kasareka (‘Jo’) the only Congolese orthopaedic surgeon for ten million people. Their deep love for each other was reflected in mutual Christian commitment, and their longing for peace and justice for their fellow Congolese. It shaped their journey through life and their work together. I was enthralled at the story of how God had led them to set up the Goma hospital to train young Congolese doctors and bring healing to the community.

Jo completed his orthopaedic training in Europe, but he returned home to Congo with his young wife, to serve a population constantly battered by war and brutality. Disease, sickness and disability was endemic in the community, as well as the ravages of war. Lyn trained in HIV/AIDS prevention, and travelled across Kenya and Rwanda as well as Congo to encourage people into a safer life-style. Characteristically, they drew on the goodwill of international Christian surgical specialists, who travelled voluntarily to Africa to help Jo deliver the training to young interns and enjoy the hospitality of their home.  Nothing seemed to deter them. Even when a volcano destroyed the hospital building in 2002, they rebuilt and refurbished, and developed the work. Surrounded by volcanic ash ‘Heal Africa’ was born.

Lyn found strength in the very word ‘HEAL’. It spoke to her of integration of ‘Health, Education, Action, and Love.’ HEAL AFRICA quickly became far more than a traditional hospital. Advocacy against injustice was part of healing. On any day, people might be attending skills workshops, HIV/AIDS prevention training, counselling sessions, family planning, even singing or dancing. In the midst of bloodshed and turmoil, rape and sexual violence, the hospital became a landmark for holistic care and compassion. It attracted doctors and donors. People like the UN Secretary-General, Hilary Clinton and George Clooney came to see for themselves what could be achieved. More importantly, it became home, a refuge, a place of recovery, a beacon of hope for thousands of broken and warring people.

On my very first visit, I could see Lyn’s vision. Her heart had been broken by the pain of the Congo, by the injustice heaped upon those who were most at risk. I saw for myself women who were raped, brutalized, blinded, disfigured and needing emergency surgery. I spoke to survivors recovering from fistula operations and being gently helped into new life by Christian therapy. Lyn oversaw administration as Jo and his team performed dozens of routine operations each day, sometimes working through the night if the militia had raided. One night, when I was in the UK, she contacted us all asking for urgent prayer. Jo was ‘putting the liver and intestines back’ for the one surviving son of a family mutilated by soldiers. His injuries were appalling. ‘Such cruelty is incomprehensible,’ she wrote.

I was keen that Lyn’s story should be told and offered to co-author her biography. She accepted and we began the task. However, I really had no idea what I was taking on. I knew little then about the history of Congo, and about the way Jo and Lyn’s lives had inter-meshed with the complex geopolitics of that country. The barbarism of the Belgian colonialists, the oppression of the Congolese under succeeding tyrants, the constant re-emergence of tribal conflict, genocide, massive refugee camps, cholera epidemics, looting of minerals and the Great War of Africa, were all yet to confront my research. So was the full impact of British missionaries, not least Helen Roseveare who had been a close friend and mentor of Kasereka’s (Jo’s) father. Lyn’s personal biography has slowly turned into an account of a country’s history and the lives of two faithful Christians who have served God through some of the most appalling conditions that any human being has had to face.

My writing task has sadly been made more difficult by Lyn’s premature death from cancer. Her funeral was an occasion of enormous mourning, yet celebration, as thousands of people paid homage to her love. Over these last years, I have had to write the story without Lyn. I have missed her warmth, wit, accuracy, her Christian perseverance and the poignancy of her emails.  Jo keeps in touch answering my many questions and filling in the gaps in my knowledge of Congolese affairs. He updates me on the progress and growth of the hospital and how Lyn’s vision continues to be etched into the history of that country, especially in the North and South Kivu provinces. Lyn’s loss remains palpable for everyone who loved her, but the work of healing and Christian witness goes on.

It has been an enormous privilege to be entrusted with the story of such special people. It has been deeply encouraging to follow through lives that are so totally confronted by the twin realities of God’s love and human sin. Lyn never hesitated to use the word ‘darkness’ for what she saw in the Congo, and never underestimated what they were up against. Yet both she and Jo retained unfailing faith in the power of God’s healing love.  I remain only the storyteller, yet as I struggle to meet my deadline, I am very aware that their story must be told. In a world of cynicism and unbelief where people doubt that such integrity is possible, we need to hear of the faithful work and witness of people who truly love God and their neighbour.

ELAINE STORKEY, is a theologian, lecturer, author and broadcaster. Two of Elaine’s most recent books are … Scars across Humanity… and …Women in a Patriarchal World.